STAR WARS completed with EP9.The story was a series of unpredictable developments. It was a very interesting movie.

I came to like GENERAL HUX. Introducing the impression of STAR WARS EP9 THE RISE OF SKYWALKER without spoilers

Was THE RISE OF SKYWALKER

STAR WARS EP9 THE RISE OF SKYWALKER.There was something wrong with this title.Because Anakin Skywalker, Luke Skywalker and Leia Organa are also dead.(Carrie Fisher died on December 27, 2016 before EP9)

The story was neatly completed, with all hints put together.

I thought that my favorite GENERAL HUX was active.

About Ray's too strong force

Star Wars hero Ray.She had a big complaint.Looking at EP7-8, it was strange why force was so strong.

It's too strong even if it's a hero.She is free to use force to move huge rocks and spaceships.(Not trained).I thought it was strange.

She's a normal woman but too strong.

New Star Wars thought opportunistic.If I didn't like GENERAL HUX, I might not have gone to see EP9。

Ray's birth had an amazing secret.

There must have been no such hint! watching...

A voice is about to come out. surprised.

I was convinced of her strength.

Real name was also found.Absolutely unpredictable. I really want you to see this in EP9. I was a little excited when I understood.

The hero is emotional instability

Ray and Kylo Ren are emotional instability.Ray is full of sadness and loneliness abandoned by his parents.Kylo Ren has no confidence in itself.He is scared.

They thought they were not suitable for the protagonist.

I saw EP7-8 and thought so.Jedi has no potential.Both seemed to have potential on the dark side.

Even though the the mastermind finally appeared, the conflict continued.

Which should Ray choose? Worried.Light side or Dark side

The story hunts down Ray.

This contradiction! A ruthless story! EP9 was interesting.

I was glad to see the movie. 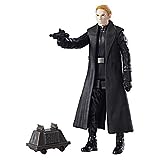 What are your favorite characters in the new Star Wars?

GENERAL HUX has trained the remnants of the Imperial Army and put them together! Aiming at order and stability of the galaxy by the first order, it is amazing to give instructions to subordinates with loyalty.

GENERAL HUX is a talented officer and a high pride ambitious.

I wasn't Snoke or Kylo Ren, I felt charismatic to GENERAL HUX.

However, General Hux was defeated in a fight for power with Cairo Len after Snork's death, and he became his subordinate.But he is dissatisfied.He doesn't like Kylo Ren.

As the frustration also led to the Force, GENERAL HUX did the fine job last！

GENERAL HUX was not just an enemy, but one of the key figures changing the story.

I sympathized with the scene where he spew the real intention.

The only disappointment was that the scene of GENERAL HUX was not much in EP9.

It was disappointing that Kylo Ren became the Supreme Leader and dropped out of the career course. 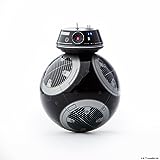 The Force will be with you, always

Finally, the impression of “Star Wars Episode 9 / THE RISE OF SKYWALKER” is briefly described.「The Force will be with you, always」It was a story.

Jedi say "The Force will be with you, always" in the STAR WARS series.EP9 was really true.

Ray was not alone！

The Force will be(was) with you, always.

The climax of EP9 was the grandest of all Star Wars series.

The long battle between Sith and Jedi is complete.

The power of the dark side of Sith and the power of light side of the Jedi.

The issue has been completely settled.

The power of Sith's dark side was mighty

It was the strongest power.

The story seriously hunts down Ray.

I want you to see.The ending of the story of Ray and Kylo Ren. 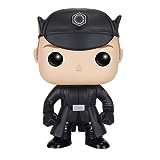